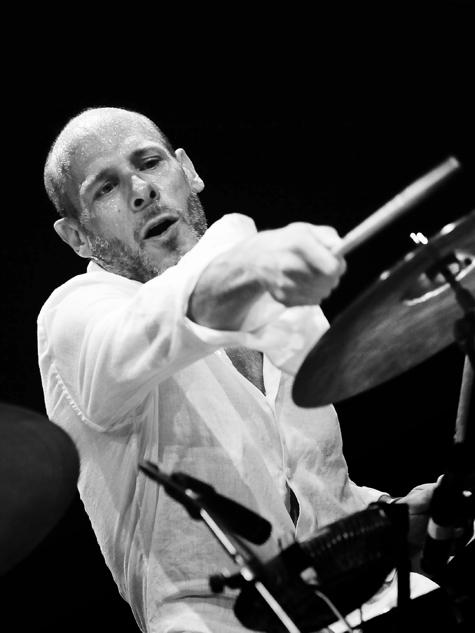 Born on September 17th, 1963, growing up in Santa Cruz, CA, Jeff Ballard’s musical inspiration and drive was sparked by listening to musical legends ranging from Count Basie, Ella Fitzgerald, and Antonio Carlos Jobim, to The Beatles, Led Zepplin and Jimi Hendrix. His exposure to multiple genres of music and the types of playing required for each enabled him to develop his foundation and understanding of music and planted the seeds from which his own varied approach to playing grew.

Ballard began playing drums at the age of 14 and while attending community college, began the journey of being a musician, playing in college ensembles and gigs around Santa Cruz and the Northern California region. While making the rounds as a working drummer, he delved deep into the modern jazz catalogue soaking up the language of classic innovative jazz groups. Listening to Miles Davis, John Coltrane, and Ornette Coleman, added to his own toolkit with the sonic palettes created by the drum legends who played in these groups: Tony Williams, Elvin Jones, and Billy Higgins.

At the age of 25, Ballard began an educational journey no college could match. He went on the road for eight months annually from 1988 to 1990 with Ray Charles, backing one of music’s biggest stars, perfecting his time feels and tempos from playing with Charles nightly on the bandstand for three years.

In 1990 Ballard moved to New York and jumped into the transformative scene that was developing there at the time. He began collaborating with Kurt Rosenwinkel, Brad Mehldau, Mark Turner and Avishai Cohen, among others who were mixing jazz tradition with their own influences, ranging from Middle Eastern rhythms to electronica and hip hop. Ballard’s past and present recording sessions and touring associates read like a who’s who of jazz. To name a select few: Chick Corea, Pat Metheny, Joshua Redman and Brad Mehldau. His present work continues with the Brad Mehldau Trio, as co-leader of collective group FLY (featuring Mark Turner, Ballard, and Larry Grenadier) and his own groups The Jeff Ballard Trio and Jeff Ballard Fairgrounds. This last group is a constantly changing configuration, an extension of all the kinds of music he loves to play, played with the musicians he loves to play with.

January 2014 sees The Jeff Ballard Trio with Lionel Loueke and Miguel Zenon releasing their first album Time’s Tales (Sony/OKeh Records) which marks also the recording debut for Ballard as leader. The album presents originals and covers of tunes originally penned by Gershwin, Bartok, and rock band Queens of the Stone Age, thus confirming Ballard as one of the most stylistically diverse drummers on the scene.

«He can play sensitive enough to blend with an orchestral string section, audacious enough to play as freely and unexpectedly as you could imagine, and basic enough to groove you into dancing your head off. He's got a great rhythm section blend. He's way more than just a 'jazz drummer'. He's a music painter.»

About The Jeff Ballard Trio

«Jeff Ballard, the drummer of choice for plenty of major jazz figures, waited many years to release a true solo album. What he delivered impresses with its range, but truly astounds with its execution.»

«If you weren’t among the folks who packed the Athenaeum to the rafters, I extend my sympathies. I don’t think anyone who was there will ever be the same. I know I won’t --early candidate for concert of the year.»

«Over the last decade, Mr. Ballard, an alert and curious musician, has been the drummer in Brad Mehldau’s trio and in the trio Fly; in the more distant past, he’s played with Ray Charles and Eddie Harris. He’s integrated into his playing much of what he knows, including swing, rock backbeats, funk and Cuban and Brazilian hand drumming... Without breaking stride, his beats become thicker, stranger and more detailed; he adds breadth and texture, pushing outward, acting like a leader.»