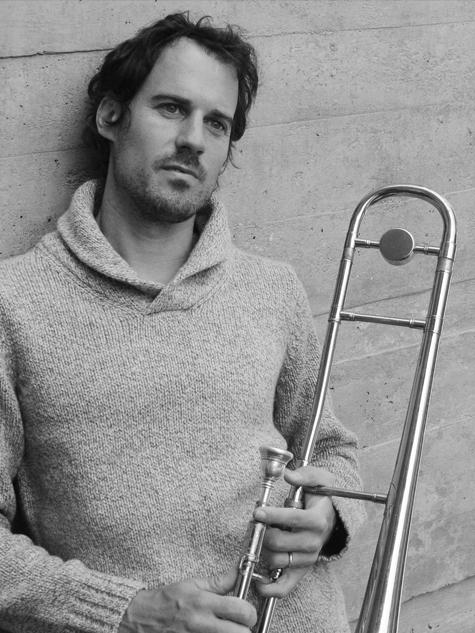 Nils Wogram counts as one of the most important jazz musicians in europe. He appears on many important festivals and tours worldwide with his own bands and as a featured soloist.

He is mainly known for his highly virtuous trombone playing, his very original compositions and as a band leader of long-term working bands with a unique ensemble sound.

In 2010 he started his own record label nwog-records on which he releases his albums.

Nils Wogram`s bands play exclusively his own music and other ensembles commission pieces by him.

A very short bio
Nils Wogram (born 1972 in Braunschweig, Germany) started playing the trombone at the age of 15. He started classical and jazz trombone simultaneously. He was a member in the national german youth big band, paricipated in classical competitions and formed his own bands at the age of 16. From 1992 to 1994 he studied in New York City and continiued at Cologne university until 1999 when he graduated. Since then Nils has relased 23 albums as a bandleader.

Nils musical philosophy
Nils Wogram's music is highly rooted in the jazz tradition. Nevertheless he tries to find new ways in expanding this language by using chordal, formal, meldodic and rhythmic material originally coming from other musical genres than jazz. Nils is a big fan of real bands with a unique ensemble sound. Most of his ensembles exist since a long time (e.g. Root 70 since 15 years). He believes that the best music in history was played by working bands. In that sense Duke Ellington and Miles Davis are his role models as a band leader