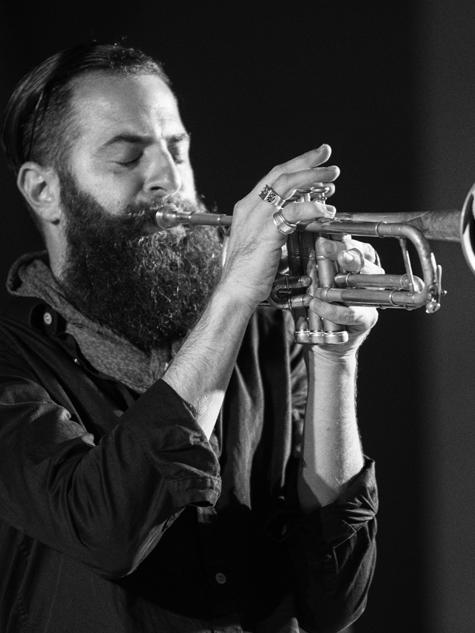 In February 2016, trumpeter Avishai Cohen released and began touring behind his highly anticipated ECM debut, Manfred Eicher produced, Into the Silence to unanimous critical praise. A collection of expansive and impressionistic compositions for jazz quartet (trumpet, piano, bass, drums with tenor saxophone on a few pieces), Into the Silence reflects on the final moments of Avishai’s late father David’s life with a remarkable amount of restraint, grace and humility.

Voted a Rising Star three years running in the DownBeat Critics Poll – Cohen has become globally recognized as a musician with an individual sound and a questing spirit, an ever-creative player-composer open to multiple strains of jazz and active as a leader, co-leader and sideman. The New York Times described him as “An extravagantly skilled trumpeter, relaxed and soulful … deftly combining sensitivity and flair,” while The Chicago Reader has deemed him as “arguably the most exciting Israeli Jazz musician in the world.”

Aside from the acclaimed trio work under the moniker Triveni, the trumpeter also records and tours the world as part of the Mark Turner Quartet, and with the 3 Cohens Sextet – the hit family band with his sister, clarinetist-saxophonist Anat, and brother, saxophonist Yuval. Cohen was also a member of the prestigious SFJazz Collective for several years until 2015, twice headlined the hallowed Village Vanguard, Carnegie Hall, and appeared on the cover of the January 2012 issue of DownBeat. Cohen was named as the Artistic Director of the International Jerusalem Festival in 2015.