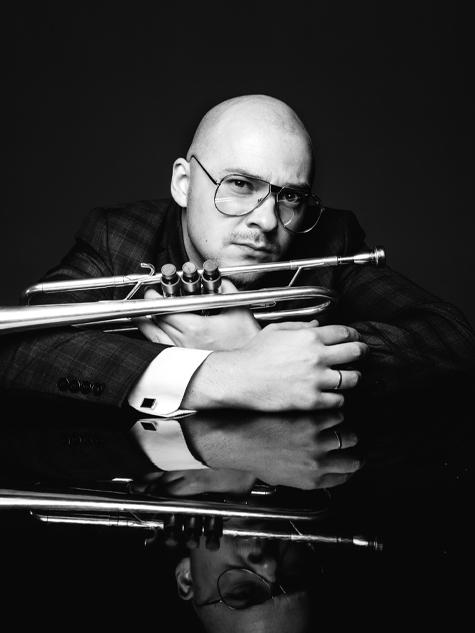 Jazz trumpeter and composer Yakiv Tsvietinskyi is one of the voices of the modern Ukrainian jazz scene.

Born in 1991 and being a classically trained trumpet player in industrial Dnipro, Ukraine, there was no way to learn jazz other than self-education. With years of searching for information and slowly building the jazz community in the city, Yakiv paved his own way to an individual jazz sound. After graduating from Dnipro Academy of Music in 2016, he received the Fulbright grant for education at Western Michigan University, where he received a two-year master’s degree in jazz performance. Mentored by acclaimed musicians Scott Cowan, Andrew Rathbun, and Keith Hall, Yakiv expanded his knowledge in improvisation, traditional jazz theory, and advanced approaches to composition.

In 2017 Yakiv Tsvietinskyi was one of 23 young musicians selected to participate in Betty Carter’s Jazz Ahead – a prestigious jazz residency program held annually at John F. Kennedy Center of the Performing Arts in Washington D.C. He was also a recipient of the Yamaha Gulf FZE Trumpet Scholarship in 2015 and winner of DownBeat Student Music Awards in 2017 and 2018. Yakiv has performed with acclaimed artists, such as Michael Abene, Jonas Johansen, and Vernon Hill, and appeared at numerous jazz festivals including the EFG London Jazz Festival, Gilmore Keyboard Festival, Am I Jazz, and the Leopolis Jazz Fest (former Alfa Jazz Fest).

In 2019 Yakiv released his debut album Minimalist and currently is leading a chamber ensemble Double Quartet, which premiered a classical-inspired program at the Am I Jazz Festival.