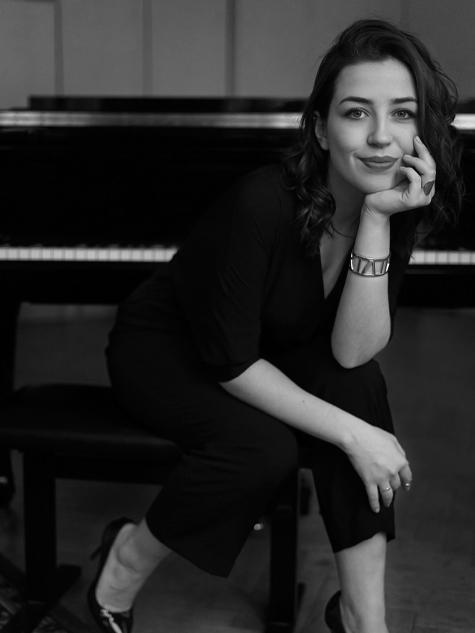 Tatiana Nova is a Russian jazz singer, arranger and composer, based in Germany. Born in Moscow in 1995, she discovered her love to Jazz at the age of 11 at a state music school. Shortly after that, she was on the stage with a big band.

Following the advice of her music teacher, Tatiana finished school at the age of 15 to begin the study as a classical choir conductor at a state music college. "I not only learned a lot about music there, but also about leadership and proper communication - that shaped me a lot and still helps me in my collaborations.“

At the age of 19 she moved to Dresden, Germany, started learning German and applied at the High School of Music of Carl Maria von Weber. Although only two places were offered at the time, she passed the entrance examination straight away. Under the direction of Prof. Céline Rudolph, Tatiana was allowed to experiment and reinvent herself a lot through various projects.

This way she became a part of the vocal ensemble of the National German Jazz Orchestra (Bundesjazzorchester), sang in the project of the Brazilian drummer João Raineri "Wind Vessel“ and released her debut EP “PLANETA” (Russian for Planet), that was positively met by the critics: „This is a striking introduction to the world and creativity of this inspired (and inspiring) artist, and an excellent taste of what she is able to accomplish with her vision and eclectic taste.“ JazzCorner.com

At the moment Nova is working on new music for an upcoming album with „No Pressure“ - a band of six versatile musicians from Germany, Russia, France and Denmark, performing original music in a „Multilingual Jazz“ direction. The band was chosen for the semi-finals at the Bucharest International Jazz Competition 2020 and won the 2nd place at the Sparda Jazz Award 2020.