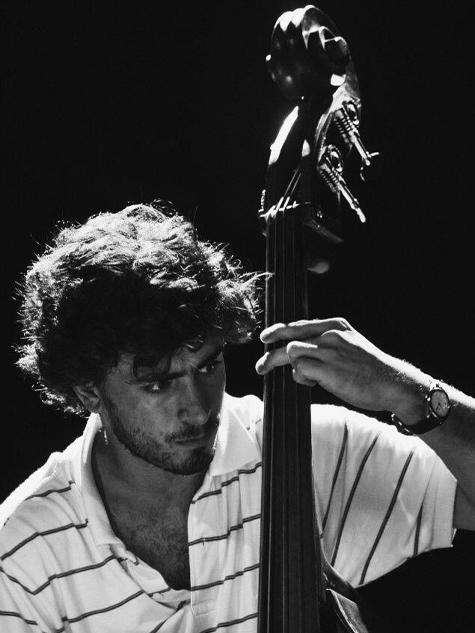 He was born in Boston, Massachussetts (USA) in June 1992, but soon moved to Argentina where he was naturalized Argentinian. He is graduate at “Musical Arts with Specialty in Doublebass" at the National University of Arts (UNA, its acronym in Spanish), his doublebass teacher being the maestro Daniel Falasca. He studied harmony and guitar with Miguel Tarzia, and later with Pastor Jorge at Astor Piazzolla conservatory. He also studied doublebass with the maestri Mariano Otero and Jerónimo Carmona. Moreover, he took courses on composition and on the analysis of Olivier Messiaen's work with Guillermo Klein and a course on Jazz language with Juan Cruz de Urquiza. In 2018 he was shortlisted by the "Thelonius Monk Institute of Jazz Performance" and traveled to Los Angeles, USA, to be part of its program. In 2019 he was selected by “Focus Year” to be part of the 19/20 band in Switzerland, and learn of some of the best jazz musicians.

He played on the main stages of Argentina along with renowned national musicians of the genre, and also along with international musicians like John Stowell (USA), the singer Dena DeRose (USA), José Reynoso (Uruguay) and the sax player Rick Di Muzio (USA). He was part of the project "Manos a las obras", directed by the clasical contemporary musicians Elías Gurevich and Haydée Schvartz.

He is currently leading a quintet with whom he plays music written by him, playing in the most important stages of Buenos Aires and in many jazz festivals of Argentina. The quintet is composed by Juan Cruz de Urquiza (trumpet), Pablo Moser (tenor sax), Patricio Carpossi (guitar) and Guillermo Harriague (drums), he recorded two albums: “Fuera de línea” in 2016 and “Fulgura” in 2019. He played and recorded as a sideman in 30 albums.

In 2016 he was awarded “best new jazz artist of the year” and as one of the best doublebassist in the country.