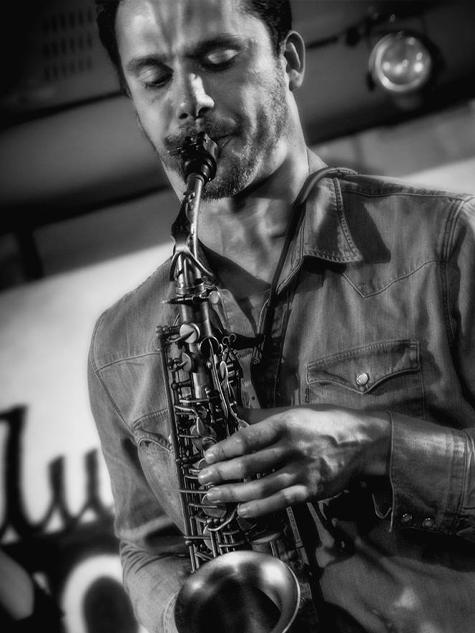 In parallel of his musical studies, he always composed his own music and started to lead his own bands. In Amsterdam he founded a Quintet named Larchey Zore and his Cheerful Cheerfuls, in 2014 he founded Larchey Zore Quartet and recorded a demo to finally record an album in 2018 featuring Jozef Dumoulin who finally integrated the band.

This band was founded after he wrote his thesis in Amsterdam about Meshuggah, trying to use the metal band's composition techniques to apply them to his quartet.

In 2016 he founded his trio, Charley Rose trio Conatus with Enzo Carniel on piano and Ariel Tessier on drums to try a different way of composing, for a particular formation that is the bass-less piano trio with saxophone.

He evolves at crossroad, between jazz, free jazz, folk music like pygmee and moroccan musics and other genders, intense as can be metal, hardcore or other musics of this area. Great lover of jazz he finds very important to go on studying and learning jazz at its origins and has particular affinities with such composers as Duke Ellington, Billy Strayhorn, Charles Mingus or Gil Evans. In admiration of their work for large ensembles, he composed several peaces exploring harmony, rhythmical refinement and different ways of arranging: an octet named The End of a Descent, a nonet named Victoria a Big Band arrangement of the Radiohead's theme 2+2=5 and a Big Band composition named Le Voyage d'Eckhart.