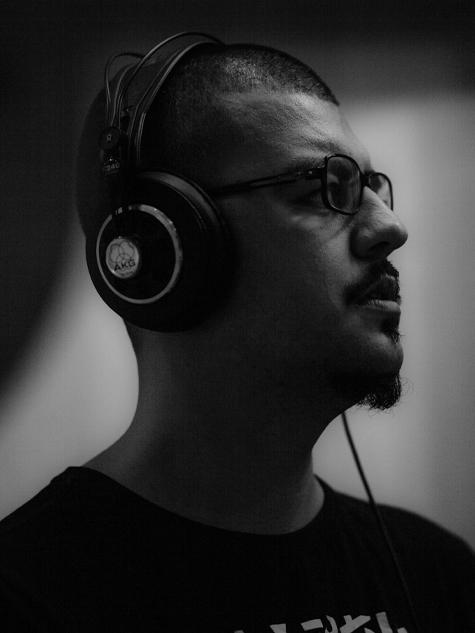 Paulo Almeida is a drummer, percussionist and composer. An important reference in the new generation of Brazilian instrumental music, he has already released three recordings and gained recognition for the authentic way he plays Brazilian rhythms on drums.

As an instrumentalist, he has performed at important festivals and jazz clubs such as Brazil Instrumental, Savassi Jazz Festival, Jazz Ahead 2019, Jazz a La Calle (Uruguay) and Bird's Eyes Jazz Club - Switzerland and has shared stages with renowned artists such as Hermeto Pascoal, Arismar do Espírito Santo, ViníciusDorin, Gabriel Grossi, Filó Machado, Tony Lakatos and Heraldo do Monte.

At the age of nine he began his musical studies in the interior of São Paulo and later, a long education at the Conservatory of Tatuí / SP, where he studied the techniques of classical and popular music and also participated in several festivals as a student. At the age of fourteen, he was already working professionally in symphonic orchestras and small groups.

His life experience and his music go hand in hand; they are inseparable, one mutually influencing the other, in a kind of continuous osmosis. Creation is transformed in each moment, and the moment is the key to all this.

During a few months of convalescence due to a serious health problem, Paul intensified his artistic production. Strongly inspired by his spiritual involvement throughout this process, his compositions in this period created a new direction in his identity, without losing the solid foundation of his debut album. His second work, CD Corpo e Alma (2016), which features the quintet formed by Fi Maróstica (bass), Dô de Carvalho (saxophones, flute and clarone), Fabio Gouvea (guitar) and Diego Garbin (trumpet and flugelhorn ), And has special guest appearances by HermetoPascoal, Arismar do Espírito Santo and André Marques.

In continual production as a composer and intense performing as a musical interpreter, he is a versatile musician and has recorded numerous records of different languages with renowned artists. Not yet 30, Almeida already affirms himself as an experienced artist, and still has much to contribute to Brazilian and world music.

In June of 2017 his third album was released by invitation of the jazz label Blaxtream, which recorded three other Brazilian artists. The CD is called "Parceria" and features musicians Jota P (sax and flute), Bruno Migotto (acoustic bass), Salomão Soares (piano) and the participation of the great musicians Gabriel Grossi (harmonica) and Sergio Coelho (trombone) .

Paulo now integrates the new Focus Year band in Basel at the Music Basel Academy with musicians from around the world.