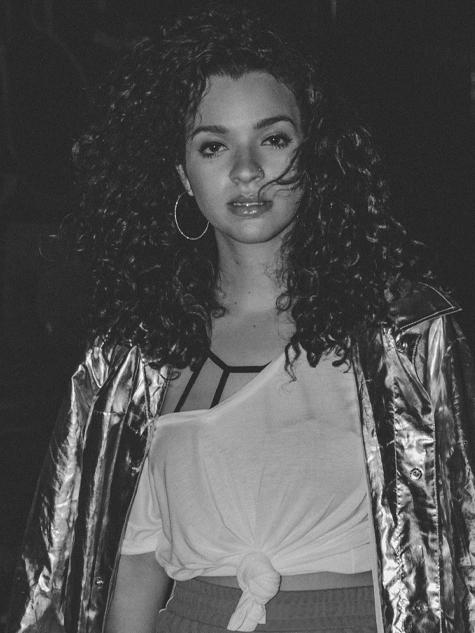 Elena is a 20-year-old vocalist and flutist. Elena’s interest in music started at an early age. She began singing and playing the flute at age 7.

By age 9 she was performing and recording with local bands and recorded her first CD, “Catch 22.” At 11, she was featured in an HBO special on young musicians entitled The Music in Me.” Versatile in many styles, Elena has won numerous awards for “best soloist” at festivals and from Downbeat magazine. A 2013 YoungArts Gold Award recipient and U.S Presidential Scholar in the Arts, she was a member of the Grammy Band and Choir, San Francisco Youth Symphony Orchestra, and Young Musicians Program.

Most recently, Elena recorded on Ambrose Akinmusire’s latest Blue Note album, “The Imagined Savior is Far Easier to Paint,” Wayne Wallace’s Grammy nominated album “Latin Jazz, Jazz Latin,” and performed in the premier of Vijay Iyer’s work, “Open City.” Cited as “the most exciting jazz flautist to have emerged in years” by The Guardian, Elena is currently performing with a range of musicians, as well as with her own group, and playing and touring internationally with Christian Scott aTunde Adjuah and Stefon Harris.

In the summer of 2015, Elena signed with SRP Music group, the company responsible for discovering and signing Rihanna, among others. She is currently recording her debut album, which will be released in the spring of 2016.